Mondays suck, so here’s a little post about the loves of my life: my pets!

This is Sadie Mae, a Golden Retriever, and we got her when I was a freshman in high school. She turned nine this year, but she hasn’t slowed down. She’s literally the sweetest dog and is always looking for attenion—but in a good way. At night she sits with me on the couch and takes up most of it. She also has her “babies”—three stuffed animals: a pig named “Pig”, an elephant named “Eli”, and a llama named “Lily”. Sadie likes to lay with them, and sometimes she takes them outside—only when it’s nice out, though. 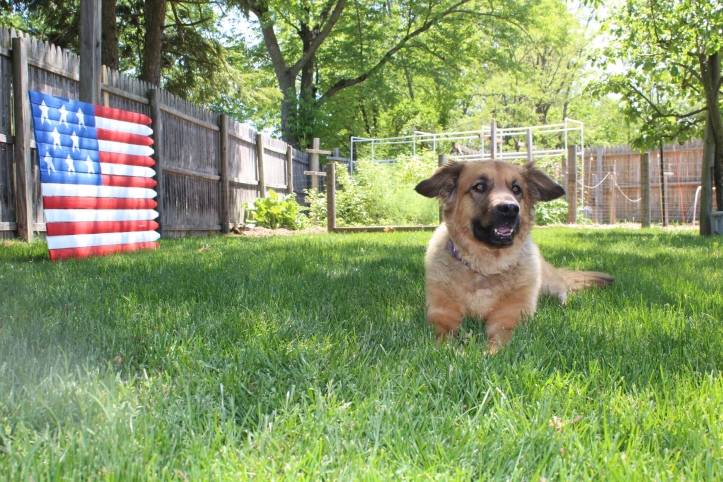 This is Maggie, and she’s a German Shepard mix. My parents got her at Petsmart my freshman year of college—they went looking for a new bed for Sadie and came home with another dog instead—and she’s a rescue from Georgia. She turned six in April, and she’s a little timid at times, but we’ve always been welcoming and good to her. She loves to chase squirrels in the backyard, which we really don’t allow since she needs to be nice to the yard visitors.

This is Stella, and she’ll be a year old in August. My mom’s best friend fosters kittens, and Stella and her siblings were born on a farm somewhere in Massachusetts. My old cat passed away two years ago, and we missed having a cat in the house. So in the fall, we adopted Stella, and she’s been a little bundle of trouble—in a good way—since. She’s double-pawed, meaning she has “thumbs” on her front paws. (You can see it on her front paw in the picture.) She loves to sit on the shelf in our living room window to watch the birds and run up and down the hallway at 10:00 p.m.