Banned for Life: The Newest Member of MLB’s Banned List

There are no rules in international waters, but apparently, there are rules when it comes to signing international players, and the Atlanta Braves broke those rules.

It was announced today that the Braves have to forfeit 12 international prospects as punishment for breaking rules when it came to the packaging of signing bonuses during the 2016-17 and 2017-18 international signing periods. Nine players from 2016-17 and three from 2017-18 will be declared free agents, and the Braves will lose a draft pick next June. In addition, former Braves special assistant Gordon Blakeley will be suspended for one year, and former GM John Coppolella will be placed on the permanently ineligible list. AKA banned for life. 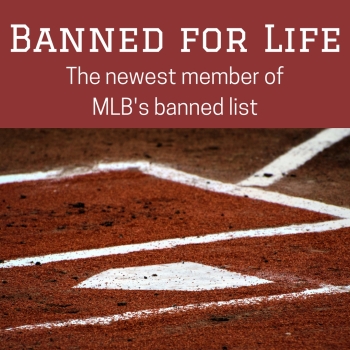 Coppolella joins an eclectic group of players and management who have been kicked out of the league, spanning all the way back to the late 1800s, when baseball got its start in the country.

Here’s just some of the good company that Coppolella will have on the outside looking in:

And here are some of the ridiculous reasons why people were banned:

The majority of the members on the banned list had some involvement in gambling, fixing games, or bribing players to throw games. One can only imagine what someone does next to get on the list. Until then, Coppolella is the most recent appointee.