What I’ve Been Up To

Life has been super busy, thus why I haven’t published a post in over a month. I’m still around, I promise!

My boss at the ice cream shop gave all of us two tickets to the Big E, and I went with my parents in the end of September. I hadn’t been since eighth grade, so I was wicked excited to go.

Three craft beers and pork and mac and cheese later… I had a great time, and it’s definitely a good place for people watching. One of my old clients had a booth in the international building and was offering a one pound meatball. I didn’t try it, but we walked by just to see what it was all about.

In the world of baseball, my Red Sox were eliminated by the Indians in the ALDS, and as for the World Series, I could go either way with the Indians or the Cubs. There are former Sox players on each side, so I would be happy to see either team win.

Being a Red Sox fan in this World Series is like having to pick a favorite child because of all of the former players on both sides.

I’m happy that fall is finally here, but I’m already over the colder weather. I went with my parents a few weeks ago to get some pumpkins, and we’re going to carve them today.

In honor of Halloween, I decorated my cubicle at work at the beginning of the month. Everyone in the office loved it, and it definitely helped spruce up my little cube. 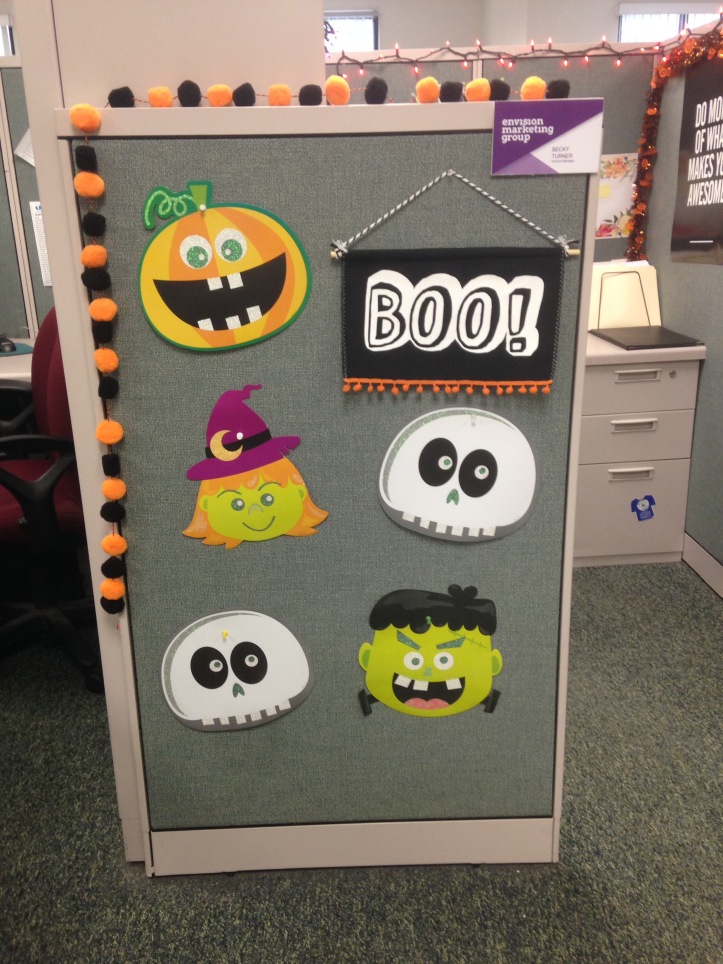 Last week, I went down to see one of my friends at school. The last time I saw her was in August when we went to the outlets, so it was great to see her again. We went out for dinner in Blue Back Square in West Hartford and then went out to a bar near her school. The joke was that I was reliving my glory days now that I’m an adult.

I officially started my master’s classes roughly a month ago, and so far, so good. It was hard to get back into the swing of doing school work again, but it’s been manageable with two jobs (well now just one job since the ice cream shop closed last night). I know in the end it’s going to be worth it, so I’m willing to sacrifice my week nights to go to the library. I should be doing homework now but just wanted to drop a short post in case anyone was wondering about my whereabouts.

Hope everyone is having a great month and Happy early Halloween!